The Making of the Elizabeth Fries Ellet Interpretive Trail 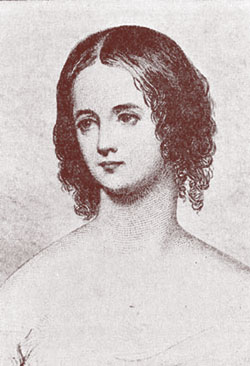 In 2003 Writers Rising Up (WRU) attended an Izaak Walton League conference in Bloomington, MN where Vicki Pellar Price, the director of WRU, met Peter McDonough of the Kestrel Design Group. Vicki contacted Peter and they met and talked about the interpretive trail concept. They contacted Bob Lambert, then Eden Prairie Parks and Rec Director, about doing a presentation somewhere on city property. Bob showed Peter and Vicki the Richard T. Anderson Conservation Area and suggested it was the best place for Interpretive Signs that represented the landscapes Ellet described in her book Summer Rambles in the West, especially since it was very likely that Ellet’s first view of the area was from the Minnesota River and the Minnesota River Bluffs.

Writers Rising Up presented the Interpretive Trail concept to the Eden Prairie Parks and Recreation Commission and then had the final plan approved by the city council in December of 2003. In 2004 Writers Rising Up and Kestrel Design began developing the trial signage. Writers Rising Up began fundraising in 2004 and started taking seasonal jaunts, with Peter or Sean Jergens of Kestrel Design, to photograph the RTA biomes seasonally. This also included taking pictures of plants representative of the six biomes within the RTA. At the same time Writers Rising Up began collecting historical information related to Elizabeth Fries Ellet and other contributors to the area’s historical legacy including Seth Eastman, George Catlin and Emily Hitchcock Terry. Proprietary photos, documents, letters, journals, newspaper articles and paintings from museums, libraries, universities and Historical societies were added to the web database. 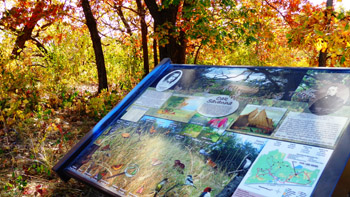 The process of collecting signage images culminated in 2007. From ants and the Green Tiger beetle of the Big Woods to the Red Spotted Purple Butterfly and Burying Beetle of the Bottomland Forest there are 95 species of insects, birds and animals and 37 plant varieties represented on the signs. There are aerial shots, panoramas, close ups and vista shots of the Richard T. Anderson which are represented on the signs.

All the images and information were collected and digitally entered in a database (which is not accessible to the public because many of the images are proprietary) on the EFEIT web site to begin the process of creating each sign. Once all the images were collected Writers Rising Up printed, cut and sorted all, according to which biome they belonged to; then those images were placed on 36 x48 paper grids representing the actual sign dimensions. Landscape backgrounds, plant images and proprietary pictures of Ellet and other artisans who visited or lived in the area, historical images, species images were all added to each paper grid. Then they were all arranged by type, with the inclusion of other sign elements such as the EFEIT logo, map, credits, sponsors and Did you Know section of the signs. 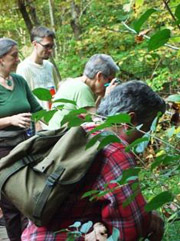 Cut out paper images were taped on to the grid and eventually folded up and taken over to Kestrel Design for the process of putting all the images together digitally. Doug Vanvalkenberg created a digital template and going by the paper sample signs that were created, used the actual digital images off the web site to put together all the final sign images.

There was lots of teamwork as well as solo endeavors, approvals and set-backs in what was truly a collaborative project. The artistry came to a standstill several times until the sponsors were all in place and the final images were finished. Without the generous sponsorship of those who donated to the project, the signs would still be on the drawing board. We extend our heartfelt thanks to the Eden Prairie Lions Club, the Eden Prairie Foundation, the Metropolitan Airports Commission and the Bill Clark Family of Eden Prairie.

In April of 2007 the signs were sent to the sign manufacturer. They were finished in June 2007 and sent to the city for installation. The signs were installed the end of June 2007 and in July 2007. The grand opening will take place August 2, 2007. Interpretive Trail programs began at the RTA in 2005. There are two programs left for 2007 in Sept and October.